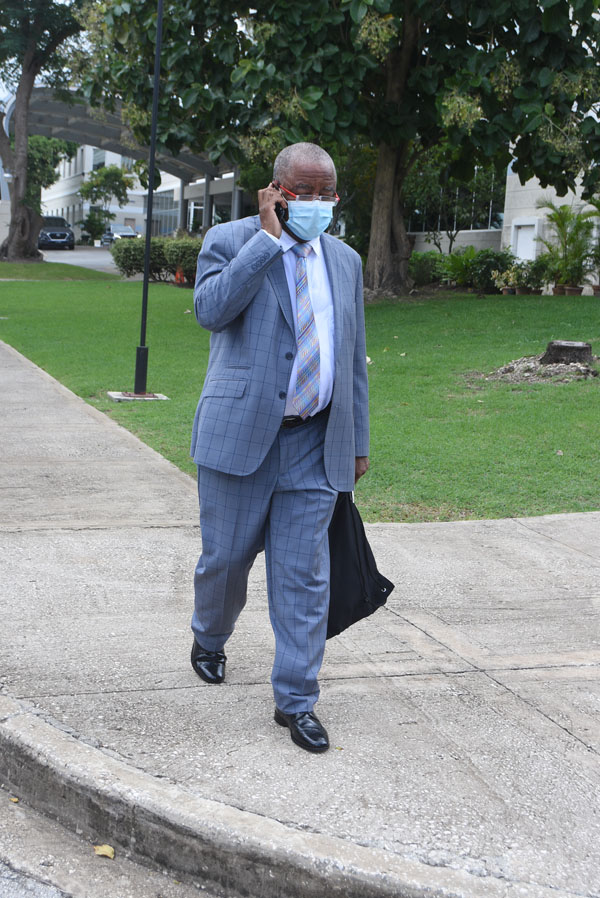 Opposition Senator, Caswell Franklyn yesterday expressed his dissatisfaction with the way the election for this country’s first president was being carried out, not only openly voicing his objection, but choosing not to participate in the voting process that involved members of both Houses of Parliament.

Yesterday morning as the House of Assembly and the Senate met at the Lloyd Erskine Sandiford Centre (LESC) for a joint sitting to elect Barbados’ first president, ahead of this becoming a Republic on November 30, when Speaker of the House of Assembly, Arthur Holder asked if there were any objections, Franklyn rose to his feet. On signalling his objection, the Speaker suspended the joint sitting “in accordance with the Constitution”, and Members reconvened in separate rooms to vote by secret ballot.

However, as the Senate convened its meeting, Senator Franklyn again rose and stated his objection, contending that the ballot paper had “no validity” as it had neither a constitutional or legislative basis. While noting Franklyn’s dissension, President of the Senate Reginald Farley stated that the ballot was indeed valid, and they would proceed with the vote.

Franklyn however remained adamant that the process was “flawed” and made it clear that he would not “stand for it”. The Senator insisted he must be heard, but during an exchange with the President of the Senate, he was told that it was neither the time nor place to discuss it. He was then urged to take his seat and warned that he was “bordering on being in contempt”.

In response, Franklyn asked for permission to leave, declaring, “This thing is out of order and I would not be part of it.”

With permission granted by Senator Farley, the Opposition Senator left the temporary chamber at the LESC and exited the building.

Speaking to The Barbados Advocate later, Franklyn said he had absolutely no objection to Governor General Dame Sandra Mason being elected to the post of president, but charged that the process of doing so was not governed by any legal rules. He insisted that before he cast any vote, he wanted to know what the rules were.

“Look at the Trinidad and Tobago Constitution for instance, in that Constitution there is a schedule for how you elect the president. We don’t have any method to how we elect the president, we just decided that we would go and do so willy-nilly. So all I was asking is – what are the rules? Where are our regulations? We have none, they are just making them up as they go along”.

The veteran trade unionist also took issue with the ballot paper used, contending that the document was skewed. He said there was only provision on the ballot to vote yes, and there was provision to vote no if any member had chosen to do so.

Maxwell Coast Road, Christ Church ​This property is an exciting…